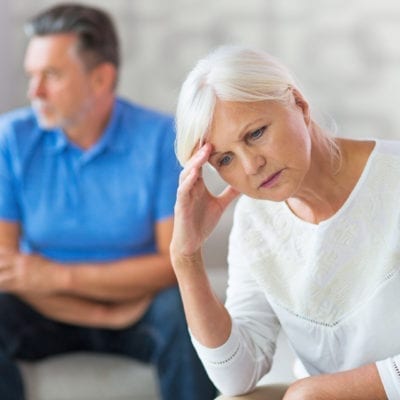 “Grey” divorces are becoming more common. Market Watch reports the senior divorce rate has more than doubled since the 1990s.

But divorcing in your golden years is a little bit different than divorcing when you’re younger. Here’s what you need to know if you’re an older American dissolving the knot in Orange County, CA.

It will change your retirement plans.

Divvying up retirement accounts and pension plans is part of the divorce process. The nest egg and combined social security payments that might have supported the both of you comfortably might not, when divided, support either of you individually the way you might have hoped.

And they will be divided. Any part of this fund developed during your marriage is marital property and will be treated as such.

A Qualified Domestic Relations Order, or QDRO, is an incredibly important document if your spouse has a 401K or pension which will end up disbursing funds to you in a settlement. Without this all-important document, which tells the plan administrator what to pay out to a non-earning spouse, you might not get your share…even with the help of a court order.

If your spouse has an IRA or a SEP this document won’t be required for either of those accounts.

See also: The Financial Mistakes to Avoid in Your California Divorce.

If you had a traditional household, expect to discuss spousal support.

Traditional, in this context, means a household where one spouse worked and the other spouse served as a homemaker.

The other spouse didn’t draw a paycheck. But the homemaker spouse still contributed to the well-being, and wealth, of the family, by serving as an in-house maid, cook, child-care provider, and personal assistant. Salary.com estimates an average homemaker’s salary would be worth over $168,000 per year if they were drawing a check….and judges recognize that.

Unless retirement income is the only income both of you are looking at, there’s a good chance the homemaker is going to be entitled to some alimony, perhaps even lifelong alimony.

You’ve got some hard decisions to make about the family home.

It may be the place you’ve called home for over 30 years. It may be completely paid off.

But chances are you don’t want to fight over the house. The taxes and maintenance may be too much for your new financial reality. And selling it, then splitting the proceeds, can simplify a process that’s already likely to be rendered complex thanks to divvying up retirement assets.

And if your spouse really wants it? Let him or her have it. Walk away from a concession that’s likely to be less trouble for you in the future, and know you probably got the better end of the bargain.

You still have to talk about the kids.

You won’t be working out a copayment plan or fighting over custody, but you might still want to talk inheritances. Emotionally the divorce is still likely to impact your kids.

And they might have real concerns about how each of you is going to be taken care of in the future.

You need a lawyer even more than your younger counterparts do.

Few grey divorces are simple. Don’t be tempted by “DIY” legal prep. Retirement accounts, inheritances, and spousal support aren’t easy topics to tackle. The best way to protect yourself is to make sure you have an attorney from the moment you know the divorce is imminent.