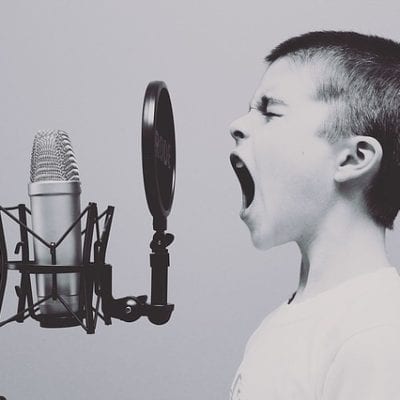 A bitter custody case can raise many fears. And the idea your child might have to testify is among them.

After all, most good parents don’t want to put their children in the middle of their divorce if they can help it. But as with so many legal questions, the answer is a solid, “It depends.”

Here’s what you need to know.

The Judge Considers Child Appearances on a Case-by-Case Basis

According to California Family Code Section 3042, there is no “statutory mandate, rule, or practice requiring children to participate in court, or prohibits them from doing so.”

When deciding whether to allow the child to testify the court uses the “best interest of the child” standard. To make this determination, the judge considers the child’s age, capacity, and ability to state an “intelligent preference.” The judge also considers whether other portions of the proceeding might put the child at risk emotionally.

The judge also considers relevance. The child might have quite a bit to say, but if what the child has to say isn’t helpful to the decision making process the court may choose not to hear from him or her.

The Court Has Alternatives

Sometimes the court decides not to call the child as a witness but still believes the child’s input could matter. There are several ways the court can receive the testimony.

For example, the child may participate in child custody mediation.
The judge could also appoint a child custody evaluator or investigator. There are also child interview centers which may conduct interviews.

Sometimes other admissible evidence covers the child’s input.
Evidence gathered and presented in this way must be:

Often, the court will opt to use alternative methods because they can provide a healthier environment for a child to express views.

The Child May State Their Wish to Address the Court

Some children want to address the court. And if the child is 14 or older the court usually must hear from the child unless there’s a good “best interests of the child” reason not to.

If the judge declines to hear from a child who is 14 or older the reasons must be stated for the record.

The Court Must Protect the Child During The Process

The Code instructs the court to “take special care to protect the child from harassment or embarrassment.” Attorneys can’t repeat questions unnecessarily. Sometimes the court even appoints an attorney for the child alone.

All questions and information must also be presented in an “age-appropriate manner.”

“The Child Can Choose Where to Live?” A Myth.

It’s important to understand the child doesn’t get to choose custody status.

They may state a preference, but the preference is just one of many factors the court has to take into account when determining the child’s best interests.

Children aren’t always rational, and the court knows the child may prefer to live with a parent who provides less supervision, for example, to his or her detriment. Even the most level-headed, well-meaning child may make decisions based on emotions.

These emotions can include guilt over or empathy toward a parent who may not be best-suited for custody.

So if you’re embroiled in a custody battle and your child wants to live with the other parent, don’t panic. Child preferences don’t make the case “open and shut,” no matter how the court comes to learn about them. Remember, too, that the courts favor joint custody arrangements wherever and whenever they are possible.

PlanHow Technology is Helping with Co-Parenting in California

What Costs Are Covered by California Child Support?